The band Little Dragon rocking the Cedar Street Courtyard at South By Southwest.

March is usually a pretty busy month for me.  For the last couple of years, the craziness would start with a trip to the SXSW music festival in Austin with my brother-in-law John.  The only time we would come up for air from the music at SXSW was to celebrate St. Patrick’s Day, which occurred while we were in Austin, and only added to the madness.  March is also the month when my Michigan State Spartans make their always exciting run in the NCAA Men’s Basketball Tournament, which I follow religiously.  Finally, the end of March is when the girls spring break from school begins and we travel somewhere tropical for a week.  (Last year was Antigua in the Caribbean.)

When we moved to China, I figured that, due to distance, time zones, and cultural differences, March was going to be a relatively slow month for me.  So far, thanks to technology, good friends, and a sense of adventure, I have been proven very wrong.  Even though I did not go to SXSW this year, (which caused me much wistfulness and a little sadness), I did listen to music from the festival.  Two of my favorite radio stations on the planet, KEXP (kexp.org) from Seattle, and KCRW (kcrw.com) from Los Angeles both broadcast music showcases from SXSW.  This allowed me to hear new music from bands I really like such as Toro y Moi, Wild Belle, Iron and Wine, Telekinesis, Surfer Blood and Ra Ra Riot (sxsw.com/music).  Minus the pounding music, crowds, morning beers, and heat, it was almost like being in Austin. 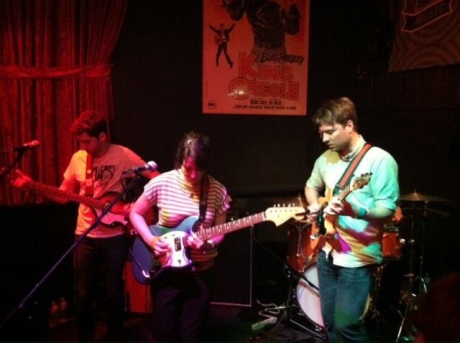 My favorite band at SXSW 2012 was Hospitality, whom we saw play at the Beale Street Tavern.

In Shanghai, we use the Sonos music system (sonos.com), which has saved my life, musically speaking.  All of my adult life I have always favored music that is usually categorized as alternative or independent, which I assumed was gone from my life when we moved to Shanghai.  Sonos however, which connects directly to the internet, has allowed me to stay up on the many alternative music scenes in the U.S. by giving me 24-hour access to these great stations.  On the weekends, I even fall back on an old L.A. habit of mine, and we listen to the fantastic Spanish language show “Alma del Bario” on KXLU (kxlu.com).  Americans in China listening to a Latin music show from Los Angeles — it really gets no better.  The best thing about Sonos is that the individual speakers can play different music at the same time.  So the girls can listen to Radio Disney upstairs, while Karen and I listen to our music downstairs. 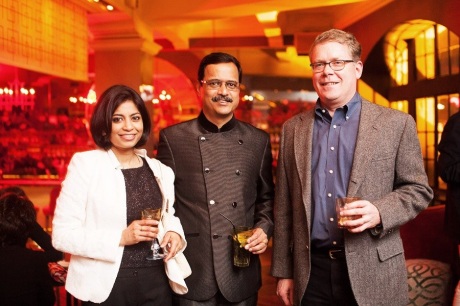 At the opening party for the 2013 Shanghai International Literary Festival with author Kunal Sinha and his wife.

Though I didn’t get to go to the SXSW music festival this year, I did go to a really cool festival in March called the Shanghai International Literary Festival (m-glamour.com/literary-festival).  It was started in 2003 and has grown to become China’s largest English-language literary festival.  Each year, it features approximately 50 great writers who come in from around the world to read their works, hold workshops, and participate in interactive sessions.  The festival attracts about 4,000 attendees over three consecutive weekends.  We went one night because Ford was a sponsor and hosting a writer and musician named Alan Paul (alanpaul.net), who wrote a book in 2011 called “Big in China.”  It’s a compelling story about his 3 and 1/2 years living in Beijing as the trailing spouse of Rebecca Blumenstein, then China Bureau chief for the Wall Street Journal, and presently it’s Page One editor.

The book tells the story of how Paul raised their three young kids in China, travelled throughout the country with them, and served as frontman to an unlikely cross-cultural Blues Band called Woodie Alan.  It was comprised of Chinese nationals and American expat musicians.  In 2008, the band put out a CD called “Beijing Blues,” and was named Beijing’s Best Band.  In 2009, Paul and Blumenstein left China and the band broke up.  The 2013 Literary Festival was the perfect opportunity to get the band back together and promote his book (which just got optioned for a movie by director Ivan Reitman).  Karen and I attended the party and concert, got to hang out with some of the literary lights in Shanghai, and meet both Paul and Blumenstein.  I also attended the festival’s opening VIP party, which was held at the Glamour Bar on The Bund, one of Shanghai’s glitziest nightclubs.  Not quite SXSW, but pretty cool all the same. 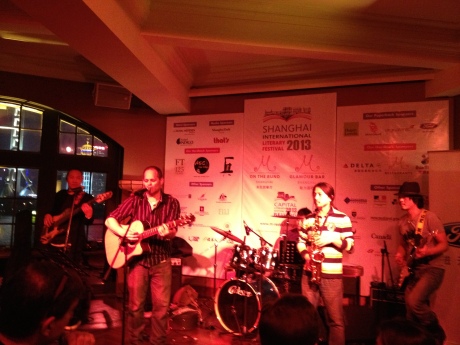 Alan Paul (with acoustic guitar), with Woodie Wu to his right, and their band Woodie Alan, rocking the literary festival.

The following weekend March Madness started.  You would be surprised at how relatively easy it is to see the games here in Shanghai.  You just have to be prepared to stay up late, get up early, or watch the game after it has happened.  That’s the story for watching all American sports here in China.  And guess what?  Just like at SXSW, I got my morning beer in March watching the Spartans!  There are several good Western-style sports bars in Shanghai that track most U.S. sports, and work very hard to find the games you want to see.  My venues of choice are the Big Bamboo (bigbamboo.asia), which has 4 locations in Shanghai, and the Camel Sports Bar (camelsportsbar.com) with 2, one in Puzi and one in Pudong.  The food at both places is dicey at best, but they open early when any big sporting event happens and have lots of big screens to show multiple games.

Cassidy outside the Big Bamboo Sports Bar where we watch the Spartans.

So far, I have watched the Spartans beat Valparaiso handily and stomp Memphis.  Unfortunately, I will not be able to watch Michigan State crush Duke as I will be on a plane.  One of the many beautiful things about living here is that we get to celebrate both Chinese and American holidays, which means much time off school and much time for travel.  This week, just like at home, we begin spring break and it is off to Vietnam for us.  We fly to Hanoi for a few days and then get on a boat for an overnight on breathtaking Halong Bay.  Then, we fly to the island of Phu Quoc off Cambodia and begin the usual Hampton spring break tropical holiday, where we lay on a beach and do a whole bunch of nothing.  (There will be Rum)

March Madness is upon us and it only partially has to do with college basketball.  The world has become so small that, even 7,000 miles away, I’m living much of the same life I did in the States, just in a more exotic locale.  I was so terrified that many of the things I loved would be gone once we moved to China.  While I have found so much new here, thanks to technology, I have been able to hang on to much of what I loved back home.  So now settled safe, happy, and secure in Shanghai, I may do the one thing next year that I didn’t get to do this year — go to SXSW from Shanghai.  It would be epic, and make for one hell of a busy March 2014. 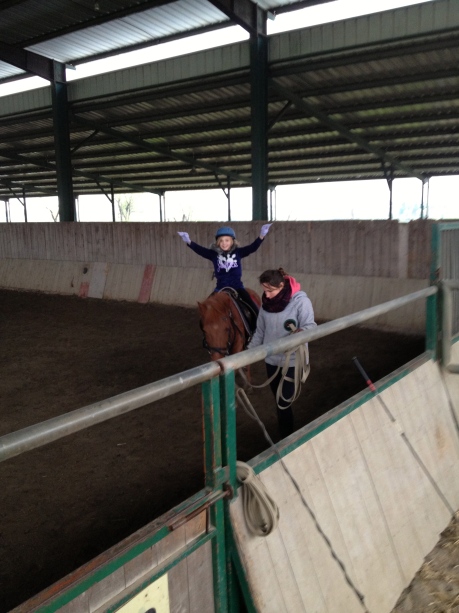 One thought on “March Madness in Shanghai”