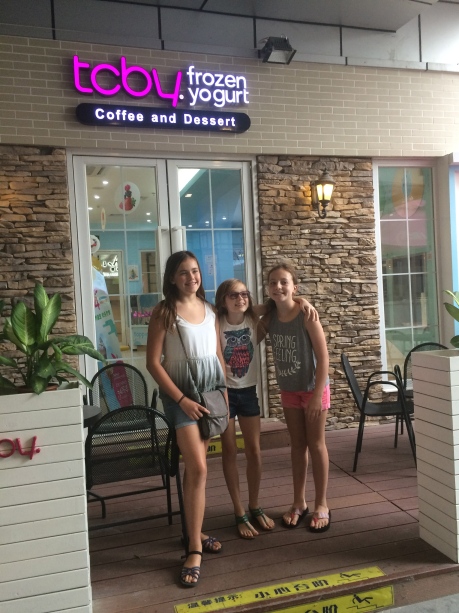 The girls with Stephanie’s friend Katie at TCBY in Shanghai, a discovery that had them giddy for a week.

Shanghai is a monster foodie town.  From incredible street food to Michelin-starred restaurants, there is no cuisine on the planet that you can’t find in this city.  And some interesting food trends have been unfolding here recently, most in the last year.  Some of these trends seem a little crazy (hot dogs), and some, not so crazy, like iconic, high-end Western chefs, designers, and luxury manufacturers opening restaurants in Shanghai.  If we wanted to eat only Western-style food (and even only American-style) every day, it would be easy.  Why you would do that when you live in China’s foodie capital?  Because you can!

Of course, the primary cuisine of Shanghai is Shanghainese and it can be incredibly delicious, and even healthful, as it often includes lots of vegetables.  I like a lot of Shanghai cuisine, and will do a post dedicated to it soon, but with a teen and a preteen in the house, we most often seek Western food when we eat out (which is often).  Some of the Western cuisine served here are strange variations of the original.  My wife recently bought what was billed as a piece of authentic New York cheese cake from Starbucks.  When she opened the box she discovered a piece of cake with what appeared to be a thick slice of actual cheese on it.  She didn’t eat it.  There are other examples of the Chinese being just a little “off the wall” with Western food — Papa John’s “Big Catch” pizza features tuna and clams as toppings.  Most of the bagels in Shanghai are rock-dense and served with something horrific that is midway between sour cream and cream cheese.  (The exception is the awesome bagels and cream cheese at Spread the Bagel – spreadthebagel.com). 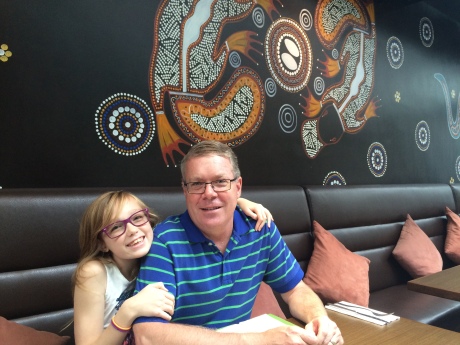 Steph and I at Kakadu, which serves excellent Australian cuisine and has cool Aboriginal art on the walls (Kakadu.com).

Then there are the examples of Western food that are as good as, or even better, than the original.  I have mentioned Maya before, which is some of the best Mexican food I have ever eaten (maya-shanghai.com).  And the Chinese and their expat partners have done a good job importing other cuisines, including Japanese (Haiku is my favorite sushi in Shanghai –haikushanghai.com), Italian (Mercato is fantastic and my daughters’ favorite restaurant on the planet – jean-georges.com), and Indian (Bollywood is almost always a two-night affair for us because we always order too much – bollywood-restaurants.com).

In the time we have been here, Shanghai has seen an explosion in Western-style restaurants.  With them has come new food trends, the latest being hot dogs.  You heard me.  I first discovered this trend at the Shanghai Beer Festival last spring when we visited the booth of the Dog House (doghousegourmet.com).  I had one of their Korean hot dogs, loaded with kimchi, and I have to say it was one of the most exciting hot dogs I have ever eaten.  Plus it went well with the IPA I was drinking.  You couldn’t pay me to eat a hot dog in China prior to that experience, for reasons I will spare everyone, but Dog House owner Michael Huang sources beef from a specialty butcher who only uses meat from South America.  That, plus the sheer audacity of some of his hot dogs with names like the Sichuan, the Japanese, and the BLT, have me on board with the whole hot dog thing. 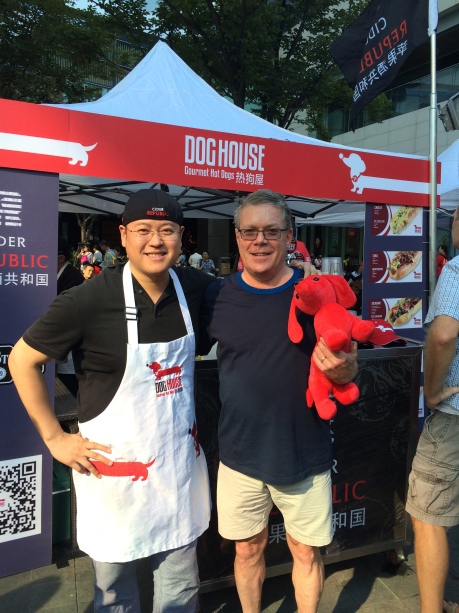 Michael Huang and I in front of his hot dog stand. He just opened a 2nd place in Hongqiao — and yes, I’m holding a hot dog.

Apparently I’m not alone as It turns out the Dog House is just the beginning of the hot dog craze here.  My good friend and fellow Shanghai blogger Line Fricke (shanghaibloggers.com) then introduced me to her friends who own the Little Mermaid Hotdog shop, which serves Danish-style hot dogs sourced from a German butcher in Pudong (lmhotdogs.com).  It is still a little blurry to me what exactly makes a hot dog Danish, but they are good.  Another hot dog-influenced restaurant in Shanghai is Ruijin Cajun which serves southern American style food including hot dogs made from Andouille sausage (ruijincajun.com).  Their spicy Swamp dog includes shrimp étouffée and remoulade sauce on top.  Other restaurants featuring hot dogs in Shanghai include Le Souhait, which is French (haute dogs at 34 Yuyuan Dong, near Jing’an Temple), and of course one of the original purveyors of Western-style hot dogs in Shanghai, Bikini, which is part of the El Willy restaurant group led by Spanish chef Willy Moreno (elwillygroup/bikini).  The hot dog business in Shanghai is nothing if not international. 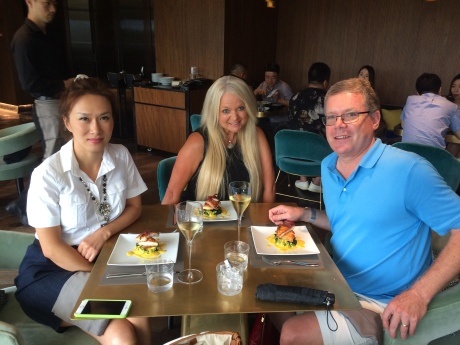 Friends Christina, Heather and I having lunch at 1921 Gucci Cafe shortly after its opening.

At the other end of the spectrum is high-end, Western-style restaurants, led by Gucci.  (Yes, the luxury brand.)  They just opened the world’s first Gucci restaurant in Shanghai called 1921 Gucci at the equally luxurious IAPM mall (999 Huahai, Xuhui).  As expected, it is opulent and expensive and full of well-dressed tai tais at lunch eating and drinking and whiling the afternoon away.  British designer Vivienne Westwood also joined the Shanghai food scene and has opened her brand’s first-ever restaurant in Shanghai’s K11 Art Mall.  It is an upscale cafe that she designed and that serves lunch and a high-tea every afternoon to thronging crowds (viviennewestwoodcafe).   Morton’s Steakhouse, originally from Chicago, now also has two outposts here, both very upscale.  One is located in the aforementioned IAPM mall, while the other is in the IFC mall and is the largest Morton’s restaurant in the world (mortons.com/shanghai).  And celebrity chef Wolfgang Puck recently opened a plush restaurant in Xintiandi that, from the interior design to the menu, clearly caters to Western expats (No. 16, 181 Taicang Lu).  That said, when I was at each of these restaurants, more than half the patrons were locals, showing that there truly is a Chinese market for high-end Western cuisine. 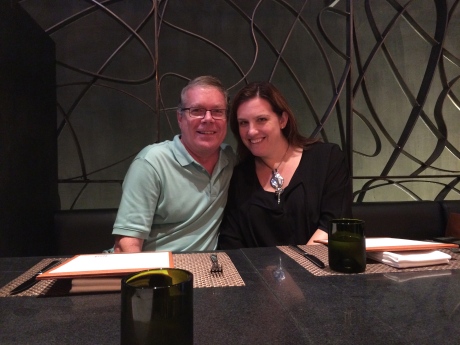 Karen and I at Wolfgang Puck’s new restaurant in Xintiandi.

Speaking of Western cuisine, there is another trend happening here that is unique to my home country — American Chinese food. I kid you not  Two popular restaurants here are focused on dishes that are familiar to any American who’s ever eaten in a U.S. Chinatown.  Fortune Cookie was the pioneer.  Two Americans who longed for food like moo shu pork, General Tsao’s beef, and kung pao chicken, felt there was a market here, at least among American expats, for food reminiscent of Chinese food joints back home.  Food that, like fortune cookies, are not part of the cuisine of China (fortunecookieshanghai.com).  Sweet and Sour restaurant followed Fortune Cookie and expanded on the theme by encompassing Chinese cuisine as it is served in various countries around the world (698 Nanjing Xi Lu).  Personally, this trend is not my thing.  I can’t understand why you would eat fake Chinese food in China, but both are usually packed with a mix of Westerners and curious Chinese.  So what do I know? 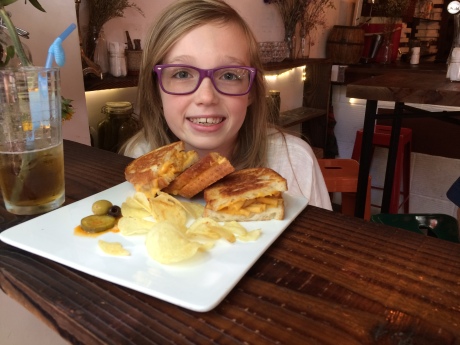 The Western food trend includes desserts.   We recently took the girls to TCBY in the Sun Moon and Light mall in the Huangpu district, a visit they had been looking forward to since we found out their favorite frozen yogurt chain was here.  (There are actually two TCBY’s in Shanghai).  The girls got the yogurt and piled on as many toppings as they could fit in the cup.   It was just like our TCBY in Grosse Pointe, Michigan, only filled with Chinese people.

My friend Di Di from Chope, and I at Kerry Beer Festival.

The influx of Westerners to Shanghai over the last several years, and the Chinese efforts to accommodate their palates, has made this city an international hub for all kinds of cuisines.  The Chinese saw opportunities in food from the West, and wasted no time capitalizing on those opportunities, opening new Western restaurants at a ridiculous pace.  I’ve talked to many nervous expats, new to Shanghai, who are comforted by the familiarity of much of the food at restaurants in Shanghai.  Fortunately for all of us, the Chinese are fascinated by all things Western, including food.  That makes eating out in Shanghai with the family, when you are feeling a little less adventurous, pretty familiar and easy.

WARNING:  GRATUITOUS SUMMER PICTURES OF MY GIRLS BELOW: 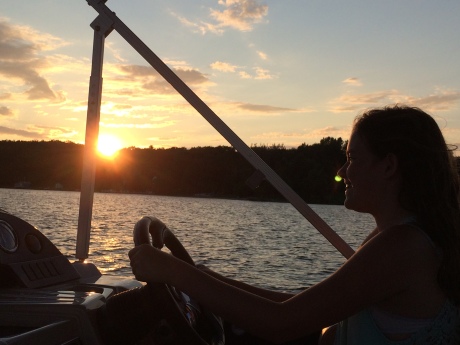 Cassidy driving the boat and giving us a sunset tour of Lake Leelanau. 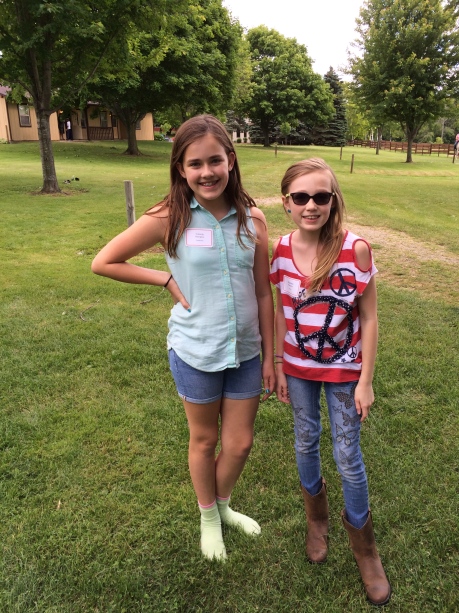 The girls at Black River horse camp for a week. 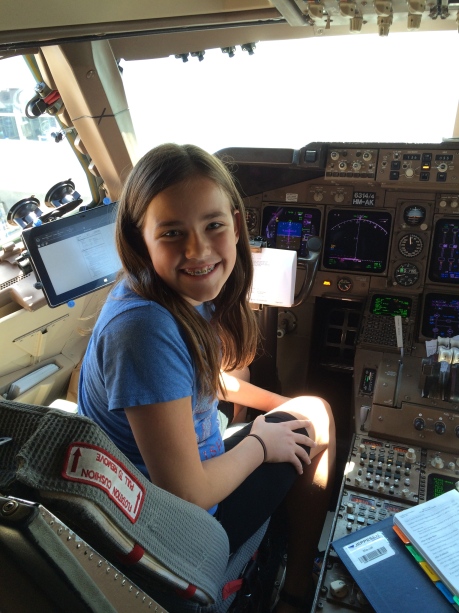 Cassidy once again finds herself in the cockpit of a 747 — didn’t think you could do that in the U.S. 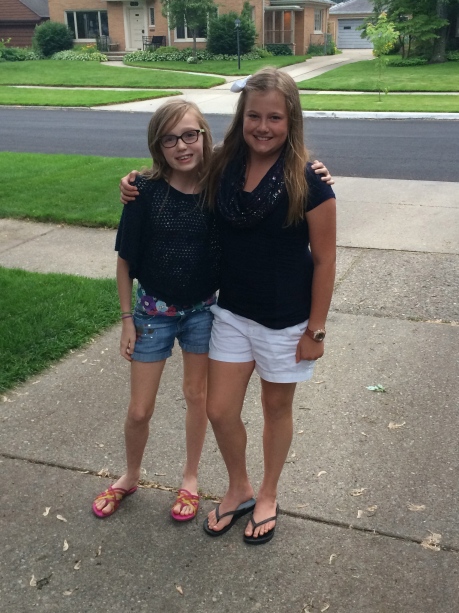 Stephanie and good friend Ella, reunited finally for the summer.

One thought on “East Eats West: Food Trends in Shanghai”